With only 3 weeks of training to prepare for some of the girls this was an outstanding performance. Our girls worked really hard and had some of the youngest and smallest players in the tournament. There were six teams competing for the trophy, with some tough opposition.

We won our semi-final 5-0 to then meet SUIS HQ A team in the final. The girls played some wonderful attacking football and within 7 minutes scoring to make it 1-0, second, third and fourth goals coming in quick succession. Three minutes from the end SUIS HQ scored a consolation goal, which was our first conceded in the whole tournament.

Elissa Fang Lifting the trophy to the delight of our travelling army of parents who had displayed great support throughout. 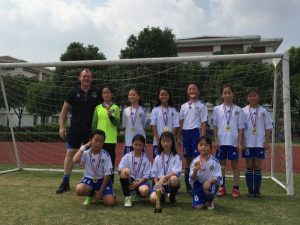 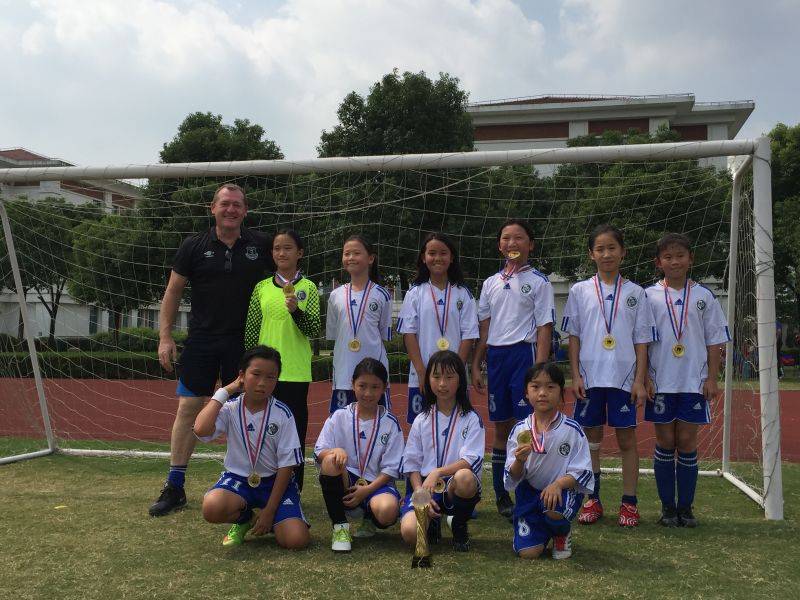