In this beautiful season, wonderful activities are springing up like bamboo shoots after a spring rain. On Mar 28th, 2019, the Secondary Department held the annual Student Spelling Bee. In order to stimulate students’ enthusiasm in learning English and spelling words, WUIS insists on holding a spelling contest every year. This is an interesting and engaging activity. The English teachers within the department began preparing for this event in mid -February. Each student was an active participant in the event. Auditions took place in late February, after which 16 students were selected to represent their respective classes on the stage in the auditorium. 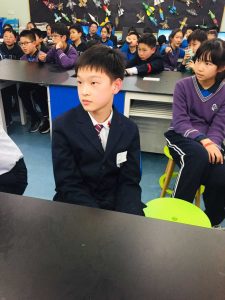 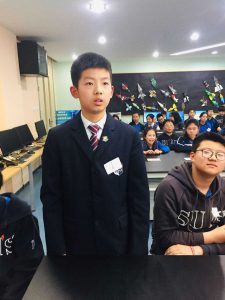 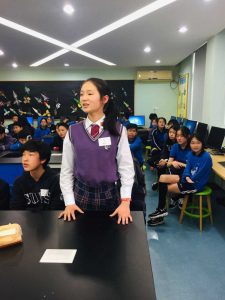 Four teams competed fiercely, making the audience especially excited. There were varieties of contest events, such as Speedy Spell, Origin Challenge, Super Words and Show And Spell. The most stirring activity was the Word Link, which all the students present were invited to participate in. The rule of the Word Link was to spell words with as many letters as possible shown on the screen. Off-stage students raised their hands and responded one after another, which reached the climax of the contest. The audience managed to spell words with 5 letters, 7 letters, 9 letters, and even more than 10 letters. Some students in G6 were no worse than the contestants. Every contestant had a good time and enjoyed spelling words，and it was indeed a close game.

On April 3rd, the exciting Spelling Bee Competition (Final) started. The contestants were all in high spirits and tried every means to show their talent. The winners went to Robin，Jessie，Chole in Grade 6 and Dolemi，Angela，Jack in G8. After the game, the contestants shook hands and encouraged each other. They were delighted with their gains among this contest.

During the contest, the children not only trained their spelling ability, but also gained courage and experience. From preparation, auditions to the final, we saw the efforts the competitors put into the competition, the confidence on the stage, and the harmony in teamwork. I believe that this Spelling Bee will be an unforgettable life experience for the children. The potential of children is infinite, and the wider the road is given to them, the further they will go.