Welcome to the world of Network Engineers!

Welcome to the world of Network Engineers!

On Saturday 10 March, 19 students from grade 6 to 12 turned up for the Cisco Network boot camp, where they have immersed themselves into the challenging work of network engineers. The skills acquired included configuring, managing and troubleshooting a local area network. The boot camp was held by our computing department led by Mr Bongo with the support of Mr Erwin who was equally present. The task of partitioning a network into different subnets, was explored, amongst other practical activities, as well as the configuration of access list to enhance network security. Implementing an open shortest path between our network in Shanghai and a hypothetical network in Beijing was explored. An enhanced interior gateway routing protocol between both cities, was also implemented.  The fastest option of setting up a direct route amongst networks located in different cities, was equally tested. 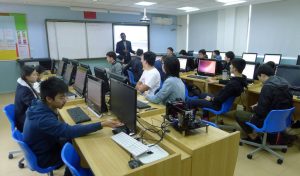 What our students say?

It was a very helpful insight into the world of Cisco networking. It provided a lot of information and introductory theory of networking in a short amount of time. A suggestion would be to explain the commands more so that participants can gain a better understanding of what is going on. Overall, it was a great beginner-friendly Cisco bootcamp. 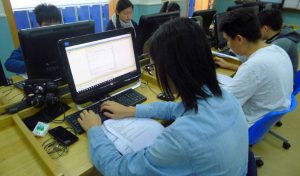 Mr. Bongo’s Cisco network training has allowed me to better understand the underlying protocols being used in the modern day of Internet development and its functions. Through out this 4 hours of Cisco networking bootcamp, I’ve learned some basic administrative commands of Cisco’s products such as making a access-list to prevent network intrusions/attacks, setting up a virtual LAN across multiple campuses, and how to properly set up a router or switch in the real world.

I believe that this Cisco network bootcamp has allowed students to better understand the inter-workings of the Internet and general knowledge of networking. 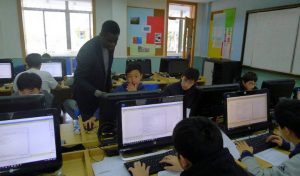