As the Chinese Luna New Year was coming, on Jan. 19, International Secondary held an assembly to celebrate it. 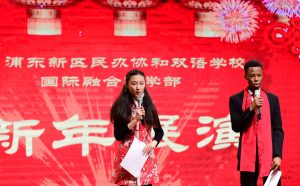 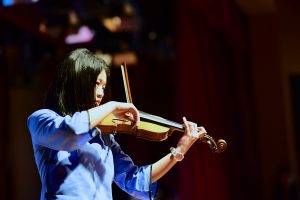 At the same time, the happy melody did not stop when the Chinese year’s enthusiasm reached the climax in the afternoon. After the red curtain slowly opened, the assembly started with Mr. Morris’ Chinese speech to express his best wishes to all students, parents and teachers.

The first show “Dances”, performed by IG1 created a cheerful and delighted atmosphere. As for other dance programs, not only did the three dancers Rosemary, Ariel and Fayed from G7 present an amazing bally show , but also the G7 two students  perform the dance “Go with the flow of god”, lit up the whole of the stage. It was also impressive that the G6 grade students co – acted in the Sketch——“Chinese Dialect”.What have to be mentioned was the crosstalk “The coming new year”  from G6 two performers Josh and Bryan, making the audience laugh with applause and cheers. Vocal solo, poetry reading, Chinese painting performance, last but not the least, a Chinese song performed by PSG, Mr. Javier, Ms.Hart, and Ms. Berecibar once again set off the atmosphere. 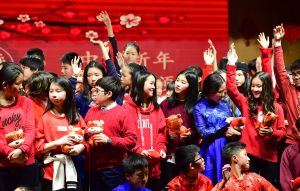 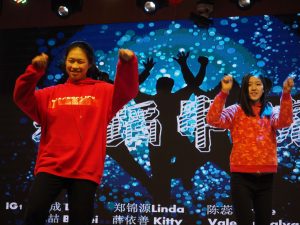 2018, we are looking forward to being with you. Have a super year!